Currently Mirra is working on a research on immigrant women in low paid jobs titled: Wages, living conditions and status of immigrant women in low paid jobs in the private and the public market. Last  June 19th Mirra was awarded the 2019 grant from The Icelandic Gender Equality Fund to conduct this research. The research is scheduled to begin in the fall of 2019.  Methodology used will be  qualitative (interviews, participant observation) as well as collection of various kinds of quantitative data.

Mirra provides consultation to businesses, institutions, organization and municipalities on issues related to cultural diversity (multi-culture). In the workplace issues can come up among employees from different cultures. This includes communication, work culture, management at the workplace or within social clubs or organizations. Consultation can also include long term plans and objectives regarding cultural diversity within the businesses, organizations or municipalities.

Icelandic society has experienced a major transformation in the 21st century from being one of the most homogeneous nation states in the Western world into becoming as culturally diverse as its neighboring countries. The development has been exceptionally speedy. In less than twenty years the number of immigrants has risen from negligible to 14-15% the mean national average. Research on immigrants and the social impact of cultural diversity is therefore needed.

The aim of Mirra’s research is to elicit the main aspects characterizing immigration and cultural diversity in Iceland. Mirra has conducted a variety of research but the main focus and interest has been on migrants in the Icelandic labor market.

Below is a list of some of the research Mirra has worked on in recent years.

Immigrants in Tourism – Drive of Growth and Prosperity

Transformations in the Icelandic labor market

In April 2019 Mirra published a research report titled: Immigrants in Tourism – Drive of Growth and Prosperity, based on a research with the same title conducted by Mirra over a period of a year and half, from 2017 to early 2019.

The research sheds light on the recent exponential growth in tourism – by now the largest sector in the country – and concluded that the growth would never have been possible without the labor contribution of immigrants who constitute over one third of the active laborers within the sector.

The aim of the research project was to analyze and evaluate in which way ethnic division of labor presented itself in the tourist sector. Focus was aimed at mapping three subdivisions within tourism; hotels, car rentals and bus companies with ethnic job division in mind.

The research revealed an unequivocal ethnic labor division where migrants are in some instances in great majority, such as within hotels where they make up over two thirds of the staff on average.

The research sheds light on the concomitant growth in tourism and migration and argues that both the tourist sector and immigration suffer from lack of clear and purposeful long term policy, making the already precarious position of migrants even more vulnerable.

In discussing migrant labor exploitation in the sector, an all too frequent occurrence in Iceland, the report concluded, that emphasis on sustainability in tourism that excluded social sustainability, was lacking in substance.

The report is one hundred pages, illustrated with charts and tables. The research evokes questions about new social challenges that follow these great changes in the Icelandic labor market and society.

The research received a grant from The National Science Foundation of Iceland RANNÍS and the Immigrant Development Fund.

The report is in Icelandic but executive summary in English is available here. 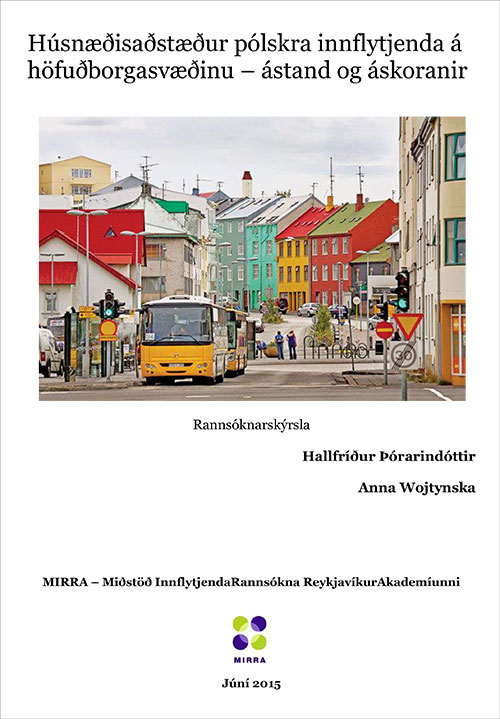 Housing Conditions Among Polish Migrants in the Reykjavik Capital Area

Mirra conducted a research on the housing conditions of Polish migrants in the Capital Area of Reykjavik City from 2014-2015.

The research was based on a sample of close to three hundred individuals (287) who were contacted through electrical questionnaires, focus groups, structured and semi-structured interviews. The research revealed that 63% were tenants and 31% lived in their own houses. The ratio of house owners had quadrupled since 2010. Price was the most important factor determining selection of housing whether among tenants or owners. An overwhelming majority of the renters had a rental contract but almost half of them had a contract that lasted less than a year. Interestingly, only a quarter of the participants received housing rental subsidies and over two thirds were unaware of their right to such support. Only 1% of the participants lived in social housing. Up to 13% said they lived in places that were located in industrial areas.

The research was conducted by Hallfríður Þórarinsdóttir and Anna Wojtynska a doctoral student in anthropology at the University of Iceland. Mirra received a grant from the Human Rights Office of Reykjavik City and another one from the Immigrant Development Fund to conduct this research. 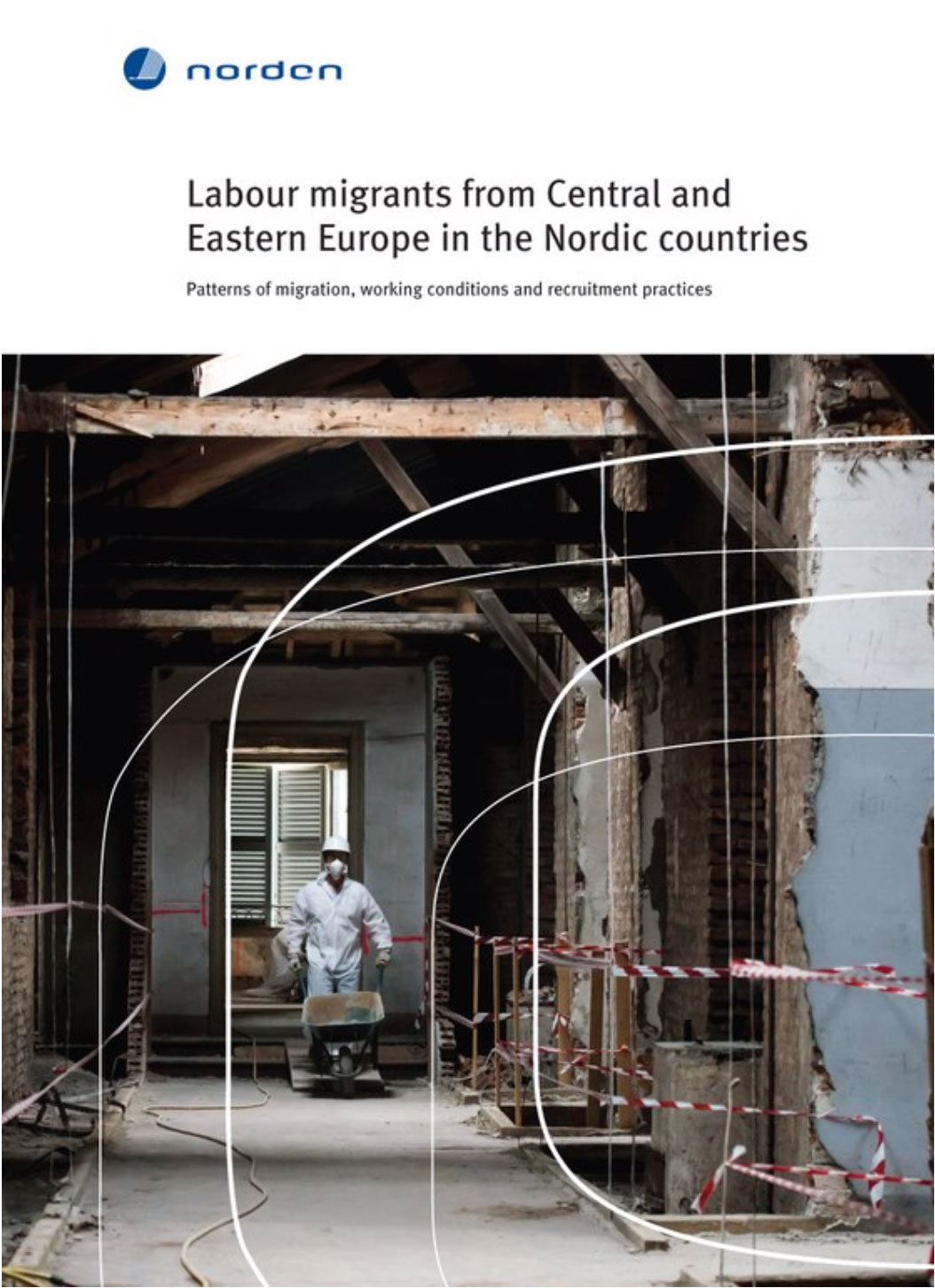 Labour Migrants from Central and Eastern Europe in the Nordic Countries.

This research project was a joint Nordic cooperation funded by a grant from the Nordic Council of Ministers. The aim was to compare wages, recruitment practices and migration patterns among Polish migrants in Oslo, Copenhagen and Reykjavik. The project was based on data collected in the Polonia 2010 research – mentioned below-  which was conducted in all the three cities. Starting in 2011 the project finished with a report by same name, published in December 2013. The project was conducted under the supervision of Fafo Social Science Research Foundation in Oslo with participation of Mirra for Reykjavik and the University of Copenhagen for Copenhagen. The Icelandic part was based on a sample of 481 Polish individuals which at the time equaled 10% of all Poles in the area. The research revealed among other things that Poles only earned 57% of the average wages of Icelanders and their wages were considerably lower than what their fellow Poles were earning in both Oslo and Copenhagen. In Reykjavik however, an overwhelming majority was directly hired by their employer and they had a long term contract whereas both in Oslo and Copenhagen the overwhelming majority were hired through temporary work agencies. The report has a specific chapter on temporary work agencies in Iceland. Dr. Hallfríður Þórarinsdóttir worked on the research on Mirra’s behalf.

Mirra in cooperation with the University of Warsaw and Fafo in Oslo conducted a research among Polish migrants in the Reykjavik capital area. The study entailed an analysis of a methodology called Respondent Driven Sample, originally designed to reach populations that are hard to contact. The sample in the Icelandic research, contained 481 Polish men and women, each of which who was interviewed for an hour where they answered a questionnaire. Participants were eighteen years or older and answered questions about residence, education, occupation, wages and more. Conclusions have been published in several papers in journals. Data from the Polonia research was also used in the Nordic comparative research mentioned above. Dr. Hallfríður Þórarinsdóttir and Anna Wojtynska a doctoral student in anthropology worked on the Icelandic part of the research. 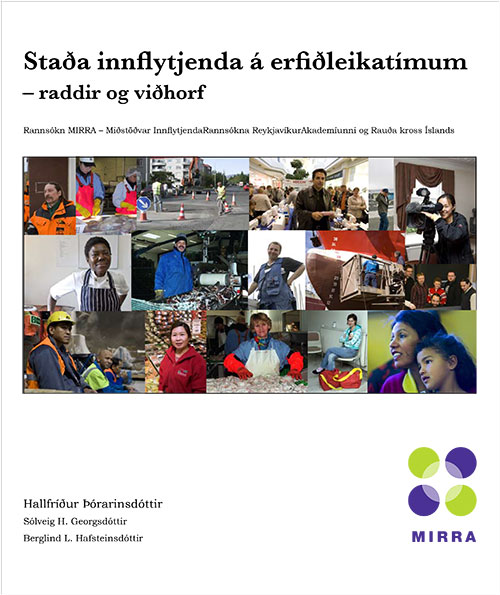 Conditions of Migrants in Times of Economic Crisis – Voices and Views

Conducted in cooperation with the Red Cross of Iceland in early 2009, this national research aimed at shedding lights on how immigrants experienced economic crash that had hit the country few months prior. The study was based on focus group discussions conducted in eight districts around the island.

Most participants argued that public information had been very limited and interpreted that as an overall disinterest in the living conditions of immigrants. Discussions revealed that in many instances interviewees had experienced much more economic strain in their home countries than during the crisis in Iceland but many felt they were in a rather vulnerable position. Although most had positive experience of Icelandic employers, it was clear that the attitude of some employers was unacceptable. Some participants mentioned discrimination in the workplace, exploitation and lack of information regarding rights and duties

The research was conducted and supervised by Dr. Hallfríður Þórarinsdóttir, in cooperations with Sólveig H. Georgsdóttir MA in anthropology and Berglind L. Hafsteinsdóttir MA in Cross Cultural Studies. Inside the Ball Park or Out? – participation of immigrant children in sports and recreational activities in Breiðholt neighborhood

The research was conducted in cooperation with the City of Reykjavik – Breiðholt Service Center – and the local ÍR sports club. The research focused on sports and recreational activity among immigrant children in the Breiðholt neighborhood in Reykjavik in 2008. Breiðholt has the highest immigrant population density in the city about a 25% and was even higher in part called Efra Breiðholt where the density of immigrant families is at its highest in the city. Little was known about the migrant children participation in sports and other recreational activities. The research showed that their participation was significantly lower than that of native born children and the neighborhood (Efra Breiðholt) had very few available sports facilities for the kids. Knowledge of available discount cards (Frístundakort) turned out to be little among immigrant parents. Research finding were published in a report by the same name. The research was conducted by Sólveig H. Georgsdóttir MA in anthropology and Dr. Hallfríður Þórarinsdóttir.